Code : G-189204
Notify me once this product becomes available: 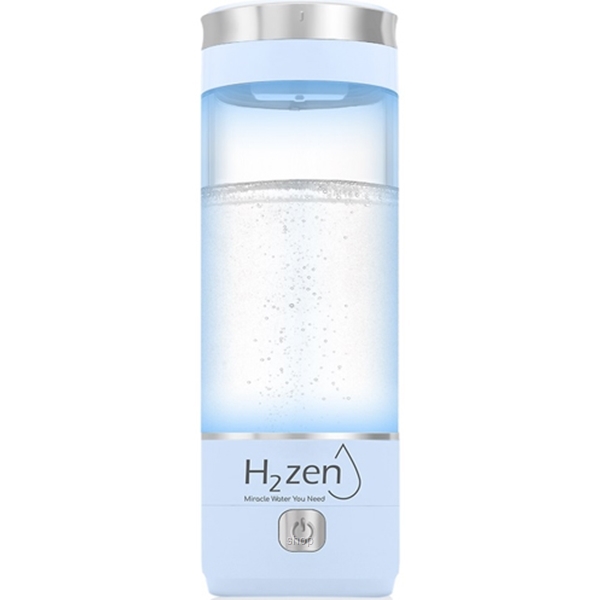 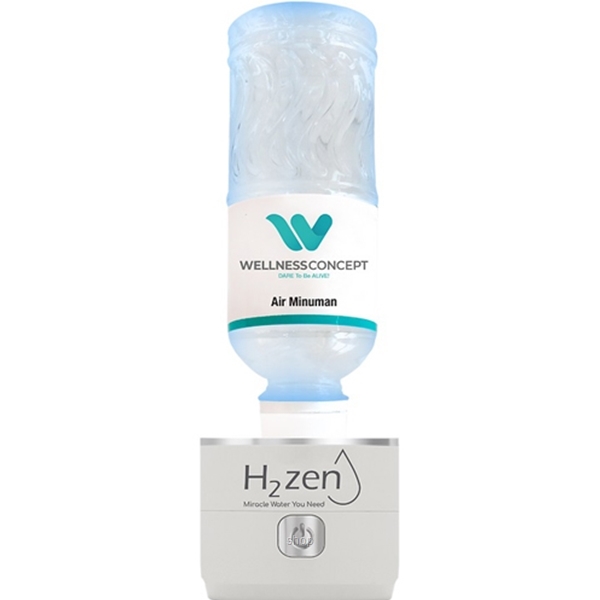 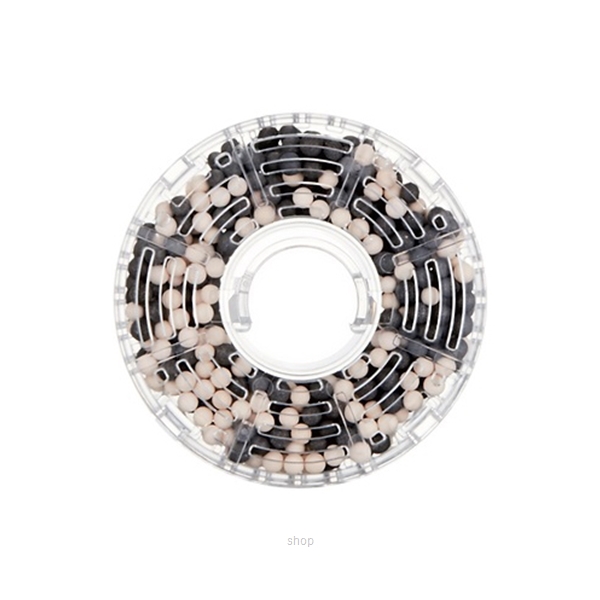 It Is Designed To Keep You Healthy Anytime & Anywhere 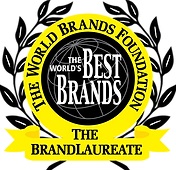 With the technology combined from Japan and Korean experts, you can generate your own hydrogen rich water! Introducing H2Zen.

Sources of Miracle Water in the World

Lourdes spring water in France, Nordenau water in Germany, Tlacote water in Mexico, and Nadana water in India are the world’s four miracle healing spring waters. These spring waters are called miracle waters as they are known to fight diseases and maintain good health. 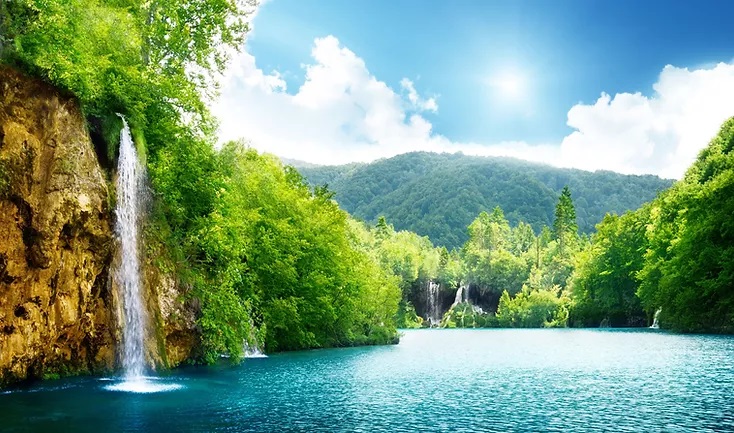 In 1858, a poor 14-year-old French girl repeatedly saw a ghostly woman who claimed to be the Virgin Mary that revealed the location of a spring and told her she wanted a chapel built on the site and for people to come in procession. Now, an average of five million visitors flock to the town to drink or bathe in the spring water each year. They reported healing of ailments such as tumors, tuberculosis, ophthalmitis, impetigo, bronchitis and paralysis.

Nestled in a former slate mine in Nordenau, a district of the popular ski resort region of Schmalenberg, the spring was discovered in 1992 in a cave after presenting the wine stored in a closed cave to a Dutch visitor. Reported to have cured blindness, debilitating back problems, and high blood pressure, the miracles caught the attention of the scientific community, which went on to acknowledge the water’s healing properties. The water became widely known after the Dutch suggested people to drink it for treatment purposes. Germany’s Nordenau spring water is the first case of commercialization of miracle water.

Since May 1991, Maitreye has been producing “miracle water,” which is believed to have the cure for just about every ailment, including AIDS and cancer. The well is visited by approximately 10,000 people per day. Visitors trek to the quaint town and wait in a line that can stretch more than a mile long, winding down a dusty road, just to get their share of the water. The well was discovered by Jesus Chahin, who observed its healing properties and has since been
giving the water away.

In September 1992, water began to flow from an abandoned tubewell. After bathing in the water, villagers in Nadana noticed that it possessed medicinal and “magical” properties. Reported to have healed skin diseases and cured polio, the water attracts major attention. But, despite being offered large sums of money to purchase the well, the town’s mayor refuses to sell the well, saying that it is for the people not for business.

The Secret behind Miracle Water

In May 2007, a team of researchers led by Professor Shigeo Ota at the Graduate School of Medicine of Nippon Medical School collected samples from Lourdes water in France, Nordenau water in Germany, Tlacote water in Mexico and Nadana spring water in India.

The research team found that the water samples collected from various parts of the world contained large amounts of hydrogen not found in ordinary water.
The research team reaffirmed that the only thing in common among the waters is the large quantities of hydrogen found in the water. They reported that water dissolved with hydrogen has the capability to remove hydroxyl radicals - the most toxic free radicals. 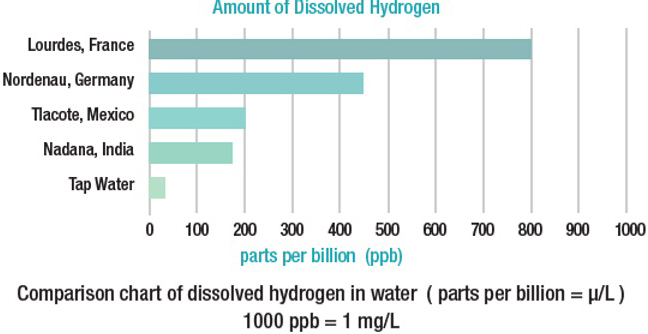 Hydrogen is the simplest, smallest and most abundant element in the universe. Hydrogen is one of only four elements present in every living organism (along with carbon, oxygen, and nitrogen).

Hydrogen has now emerged as a ‘surprising’ molecule with broad therapeutic potential. Over 700 scientific studies indicate that there may be a beneficial effect for over 150 diseases and health conditions including fatigue, cognitive impairment, pain, inflammation, metabolic syndrome, obesity, and heart disease.

The root cause of diseases in our modern world is because, we are continuously exposed to radiation from gadgets, unhealthy processed foods, lack of sleep, pollution, smoking, alcohol consumption, and a stressful lifestyle. This causes an excessive production of toxic free radicals in the body. What is Free Radicals?

A free radical is simply an unstable molecule. To regain stability, it steals energy from other molecules, thus creating more unstable free radicals. If a molecule is damaged by a free radical, it is termed as being oxidised. Left unchecked, this oxidation can cause damage to our tissues and organs.

However, most free radicals are essential to our immune system. They help to eliminate viruses, bacteria and even some cancer cells.

Necessary in small amounts for cell maintenance and immune system.

Results in various diseases such as aging and cancer by damaging cells and genes.

Molecules that have an unpaired electron which will seek to “rob” an electron from the nearest molecule. About 2-3% of the oxygen we breathe will turn into good free radicals and toxic free radicals.

‘Good’ free radicals stabilize unstable molecules, without damaging other beneficial molecules in the process. Toxic or ‘Bad’ free radicals never cease trying to bond with something else to regain stability. Unfortunately, toxic free radicals aren’t friendly to the body. They are highly reactive and cause damage to surrounding molecules. When a free radical attacks a molecule, it becomes a free radical itself, causing a chain reaction which can result in the destruction of a cell.

Examples for Formation of Free Radicals

Antioxidants have the ability to neutralize free radicals without becoming a free radical themselves because they have extra electrons. Antioxidants are chemicals that offer up their electrons to the free radicals, thus preventing cellular damage that can cause aging and disease, such as diabetes, hypertension, heart disease and cancer.

However, when the antioxidant neutralizes a free radical it becomes inactive. Therefore, we need to continuously supply our body with antioxidants. The free radicals can increase the risk of diseases such as cancer and heart problems and could accelerate ageing. Well known examples of antioxidants are vitamin A, vitamin C, vitamin E and beta-carotene.

The human body produces its own antioxidants to fight against free radicals. In a healthy body, there is an existing balance between the generation of radicals and the antioxidant enzymes that neutralize them. The production of antioxidant enzymes in humans peak in the 20s, goes on a decline in the early 30s, and finally stops between 35 and 40. The body’s aging process begins around age 30 as naturally produced antioxidant enzymes decrease. Therefore, it is crucial for those over 30 to obtain antioxidant sources from food or water.

Hydrogen generated from H2Zen has the ability to produce antioxidants that the body requires. 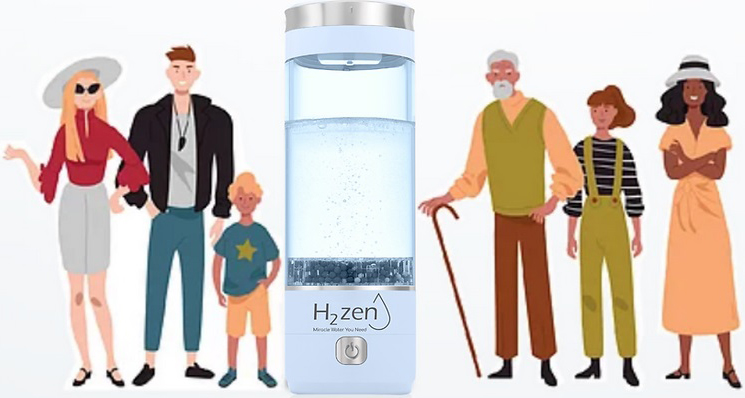 Hydrogen, The Ideal Source of Antioxidants

Free radicals are generally thought of as causing damage to cells. However, that’s not true for all free radicals. Though Superoxide ion and Hydrogen Peroxide exhibit toxicity in high concentrations, they also play a positive role in the immune system when in low concentrations.

If hydrogen were to convert these types of free radicals into water, it would not be commendable due to its negative impact on health. However, hydrogen doesn’t react with such harmless free radicals and selectively removes hydroxyl radicals – the most harmful free radicals to cells. Therefore, hydrogen can be referred to as the most ideal antioxidant.

65-70% of the human body is made up of water in varied forms such as cells, tissues, organs, and blood. All substances travel through the body after being dissolved through water. If water were to be supplied with antioxidant capabilities, the oxidation capabilities would be improved. Hydrogen molecules dissolved in water are exceptional at removing toxic free radicals.

Cells have a protein channel in their membranes that allow water to travel freely through them. These channels are only 0.3 to 1.3 nanometres in length. Antioxidants like Vitamin A, C, and E are not able to penetrate through the channel. However, hydrogen being only 0.3 nanometres in length, can travel freely to every cell in human body, including the brain to eliminate the toxic free radicals.

Why Hydrogen is the Ideal Antioxidant ?

Brain cells damaged by toxic free radicals are generally known to cause cognitive diseases such as Parkinson’s, Alzheimer’s and other types of dementia. Can these diseases be prevented? Most definitely, the key is having enough antioxidants to remove these toxic free radicals in the brain. Antioxidants such as Vitamin A,C, E, Coenzyme Q1O, Anthocyanin, Catechin, and Genistein are not able to enter the brain and organs because of their size and molecular weight.

Hydrogen does not cause harm even when taken in large quantities. This is a big major difference that sets it apart from oxygen which causes oxidation. Here’s another example, Vitamin A is an effective antioxidant but if taken in excessive amounts, the body cannot excrete it and ends up being turned into fat deposits. Overtime, it’ll cause side effects such as hair loss, vomiting, joint pain, liver and bone damage. Excess hydrogen however, turns into a gaseous state and is discharged through respiration, urination, and sweat. Regardless of the amount consumed, hydrogen can be expelled from the body without causing any harm. 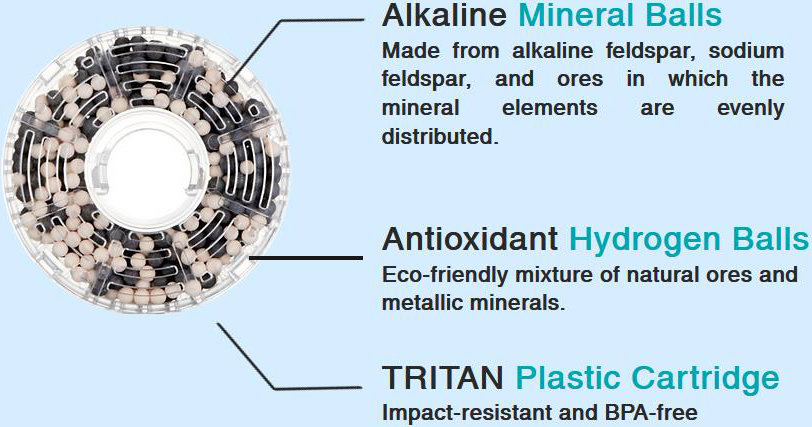 Increase the water pH level up to 9.0. 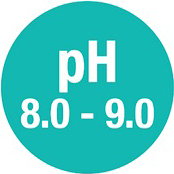 Improve the water quality by adding it with  4 essential alkaline minerals that our body needs; Calcium, Magnesium, Potassium, and Sodium. 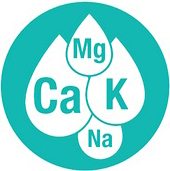 Increase hydrogen up to 1400ppb. 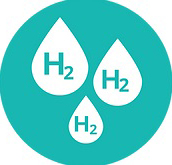 Preserve hydrogen generated up to 8 hours. Certified by Korea Environment & Water Works Institute, Korea Institute of Ceramic Engineering and Technology, and the Korea Ministry of Environment. Why H2Zen Alkaline+ is Better

How to Assemble Alkaline+ with H2Zen

Submerge Alkaline+ completely in water and rinse it before use.

Put the Alkaline+ into the H2Zen in the direction of the arrow as shown.

Place your finger as shown and pull it in the direction of the arrow. 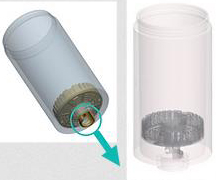 After put it in H2Zen, start generating the water for 5 minutes. 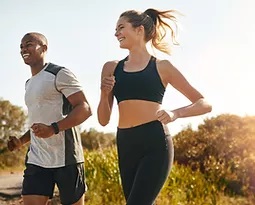 Fight free radicals in the brain cells, thus reducing the risk of dementia such as Alzheimer's disease. 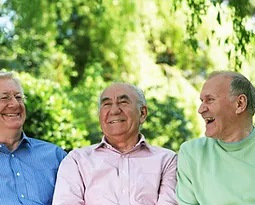 Reduce the risk of diabetes, high cholesterol, and hypertension, because of its anti-inflammatory properties. Hydrates your skin faster thus helping you to look younger and have a radiant skin complexion. Relaxes nerve cells in your brain, thus allowing you to sleep better. 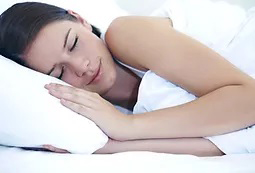