Notify me once this product becomes available: 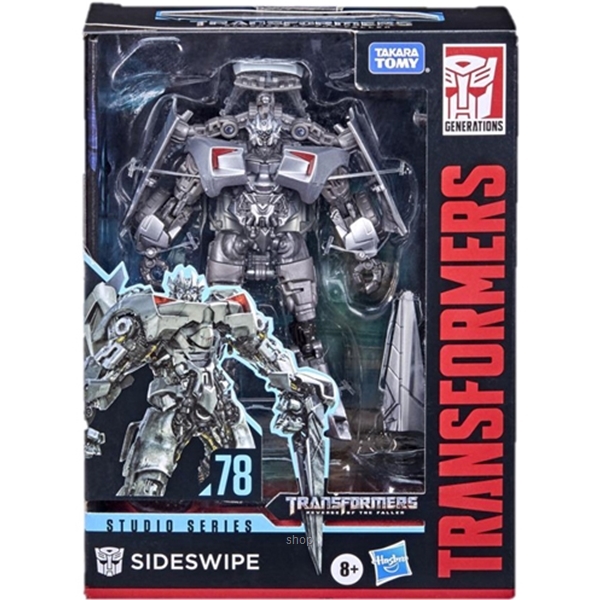 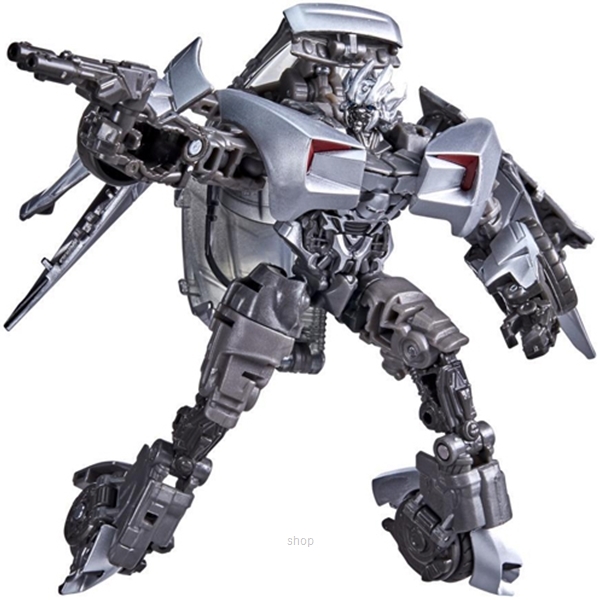 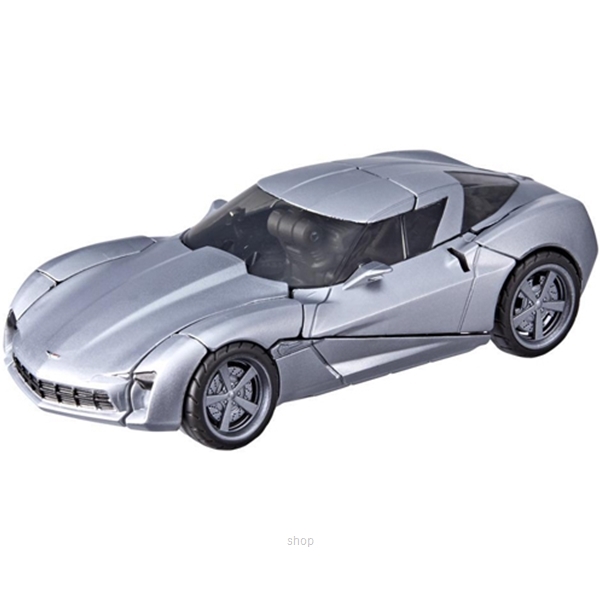 Studio Series has always allowed fans to reach past the big screen and build the ultimate Transformers collection inspired by iconic movie scenes from the Transformers movie universe. Now, the Studio Series line is expanding to include the epic moments and characters from the classic 1986 The Transformers: The Movie, bringing fans a whole new series of screen-inspired figures to collect! (Each sold separately. Subject to availability.) This Studio Series 78 Deluxe Class Transformers: Revenge of the Fallen-inspired Sideswipe figure converts from robot to licensed Chevrolet Corvette Stingray mode in 19 steps. Remove backdrop to showcase Sideswipe in the Shanghai Pursuit scene. In the Shanghai Pursuit scene from Transformers: Revenge of the Fallen, Sideswipe is light on his wheels as he pursues Sideways, complimenting his own handiwork after he slices the Decepticon in half. Transformers and all related characters are trademarks of Hasbro. Chevrolet, the Bowtie logo, Corvette and the Corvette logo, and Camaro, are registered trademarks of General Motors, LLC.

Deluxe Class figures are 4.5-inch collectible action figures inspired by iconic movie scenes and designed with specs and details to reflect the Transformers movie universe, now including The Transformers: The Movie!

Figure scale reflects the character’s size in the world of Transformers: Revenge of the Fallen. Figure and packaging are inspired by the iconic Shanghai Pursuit scene.

Figure features classic conversion between robot and licensed Chevrolet Corvette Stingray modes in 19 steps. Perfect for fans looking for a more advanced converting figure. For kids and adults ages 8 and up.

Removable backdrop displays Sideswipe figure in the Shanghai Pursuit scene. Fans can use the backdrop and pose their figures in the scene with their own style.

Warning: Choking Hazard -- Small parts. Not for children under 3 years.