Code : G-193255
Notify me once this product becomes available: 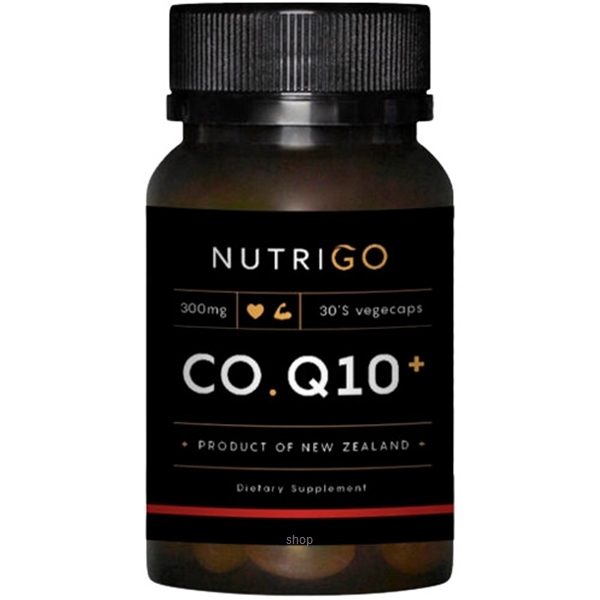 NutriGo CoQ10 Plus 300mg - High potency support for the heart, energy levels and is also a powerful antioxidant.

Made by Nutrigo in New Zealand from Imported Ingredients. 30 capsules.

Cardiovascular: CoQ10 has the potential in assisting hypertensive patients to lower systolic and diastolic blood pressure without significant side effects. CoQ10 should be considered as a prophylactic treatment for preventing complications in patients undergoing cardiac surgery with cardiopulmonary bypass. Studies has demonstrated that the addition of coenzyme Q10 to conventional therapy reduces hospitalization for worsening of heart failure, cardiovascular events, mortality and the incidence of serious complications in patients with chronic congestive heart failure.

Statin can decrease COQ10 levels by blocking the same pathway of cholesterol production and statin-related myopathy is associated with a mild decrease in muscle CoQ10 concentration. Studies suggested that CoQ10 supplementation are able to mitigates muscular complaints.

Individuals who received CoQ10 supplement has shown to have improvement in sperm density, sperm motility and sperm morphology after 6 months.