Code : G-228462
Notify me once this product becomes available: 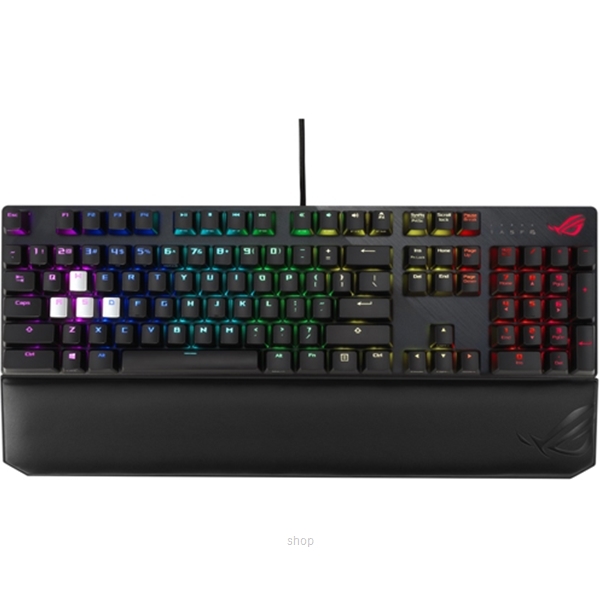 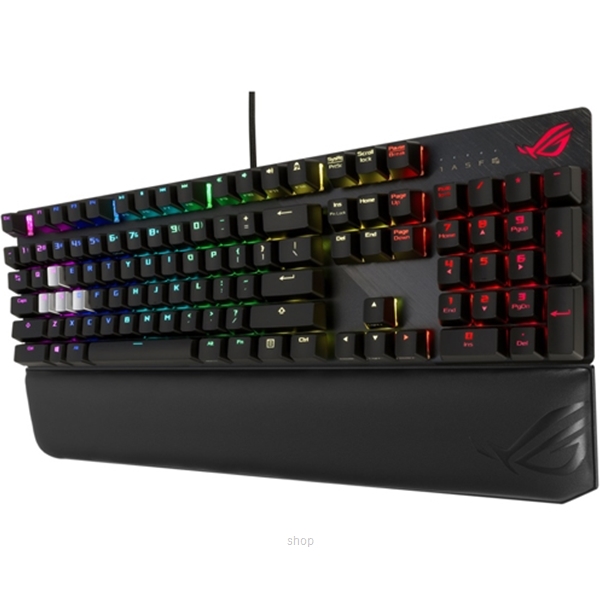 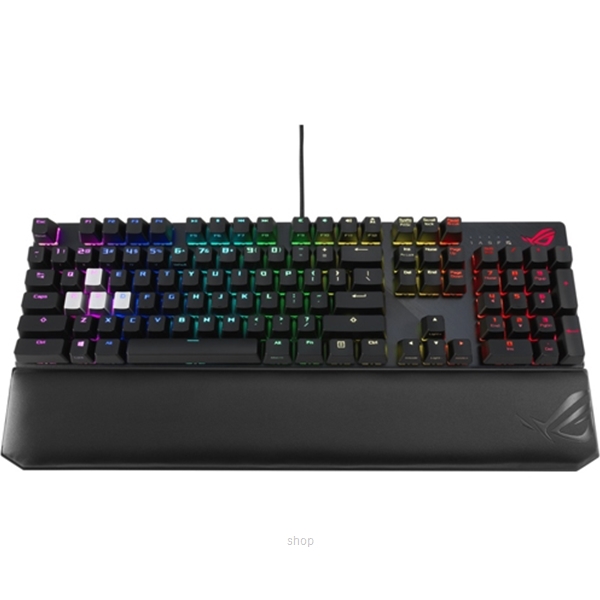 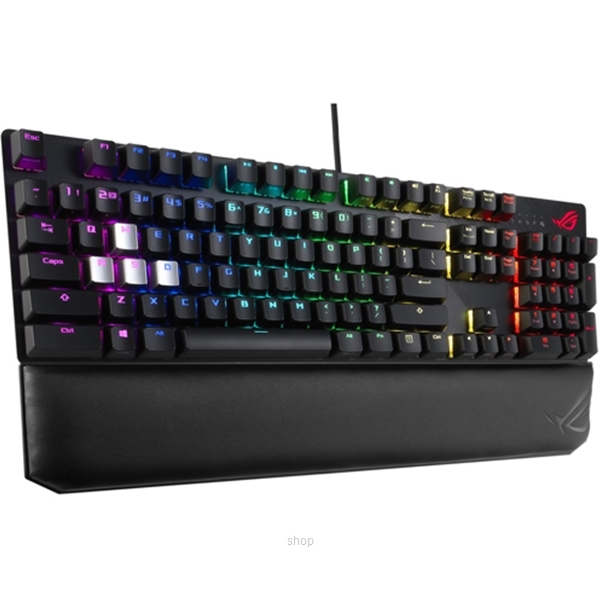 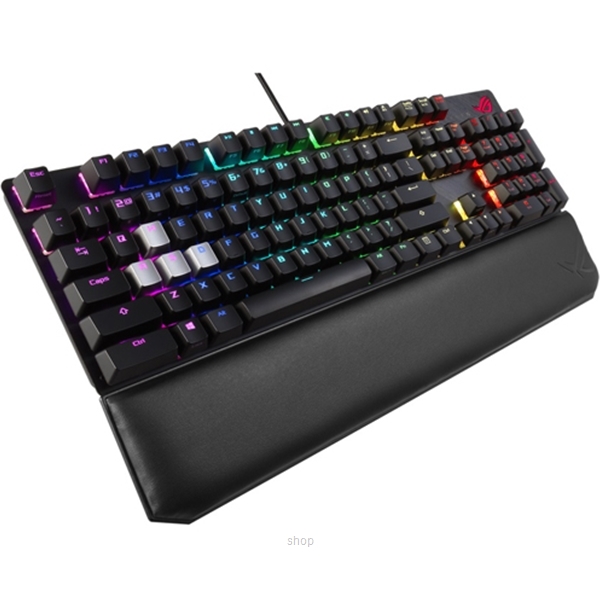 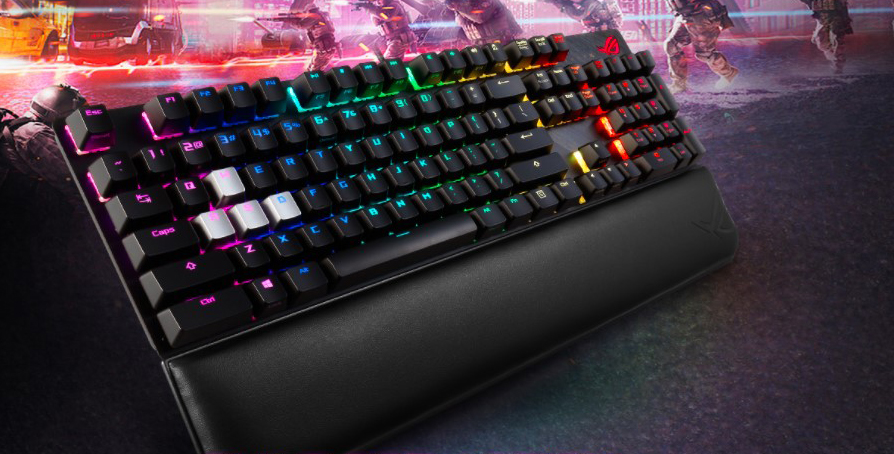 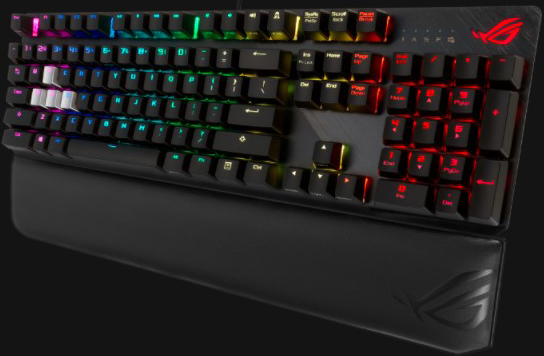 The world-class ROG R&D team scrutinized the play style of FPS gamers, applying their findings to create a key that’s more than 2X broader than traditional Ctrl buttons. The result is Xccurate Design: the extra-wide Ctrl key for fewer missed clicks and greater precision. The keyboard also comes with four silver-hued keycaps for easy identification of the WASD control group, and even includes a keycap-puller tool for easy customization.

A quick tap of ROG Strix Scope NX Deluxe’s Stealth key instantly hides all apps and mutes all audio, assuring privacy the moment you need it. Decorated with an iconic cloaked-figure motif, a second push of Stealth puts everything back to just the way it was. 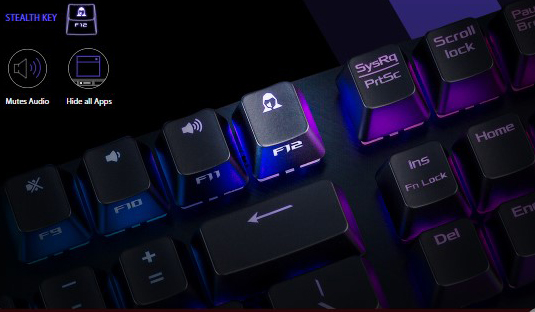 Armoury Crate is a software utility designed to give you centralized control of supported gaming products, making it easy to tune the look and feel of your system. From a single intuitive interface, Armoury Crate lets you easily customize RGB lighting and effects for compatible devices and synchronize them with Aura Sync to create a unified lighting scheme across your system. Armoury Crate also allows you to customize user profiles, map keys, record macros, and even track hardware stats during gameplay. 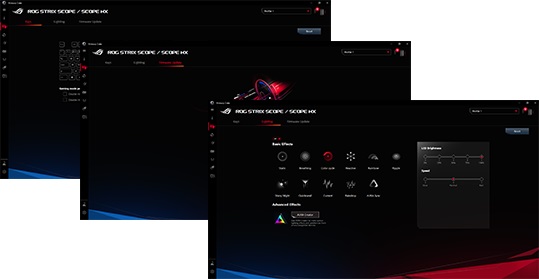