Code : G-169787
Notify me once this product becomes available: 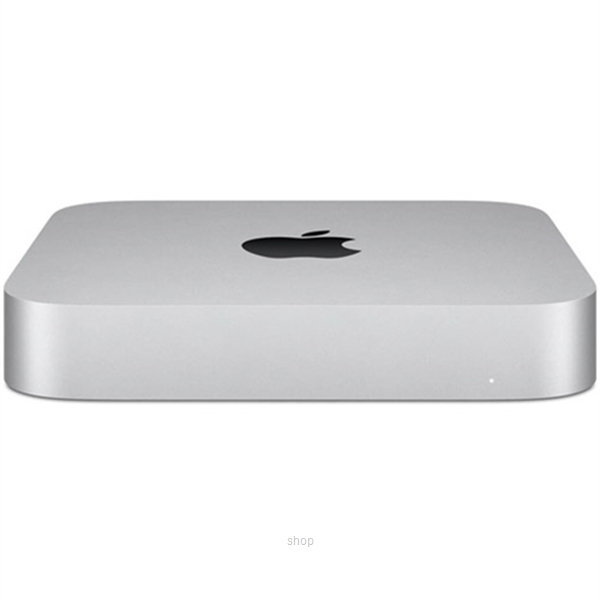 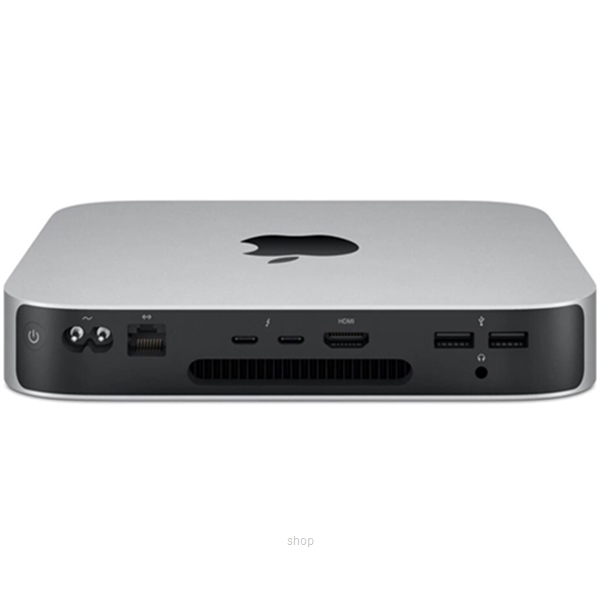 The Apple M1 chip takes our most versatile, do-it-all desktop into another dimension. With up to 3x faster CPU performance. Up to 6x faster graphics. And our most advanced Neural Engine for up to 15x faster machine learning. Get ready to work, play and create on Mac mini with speed and power beyond anything you ever imagined. 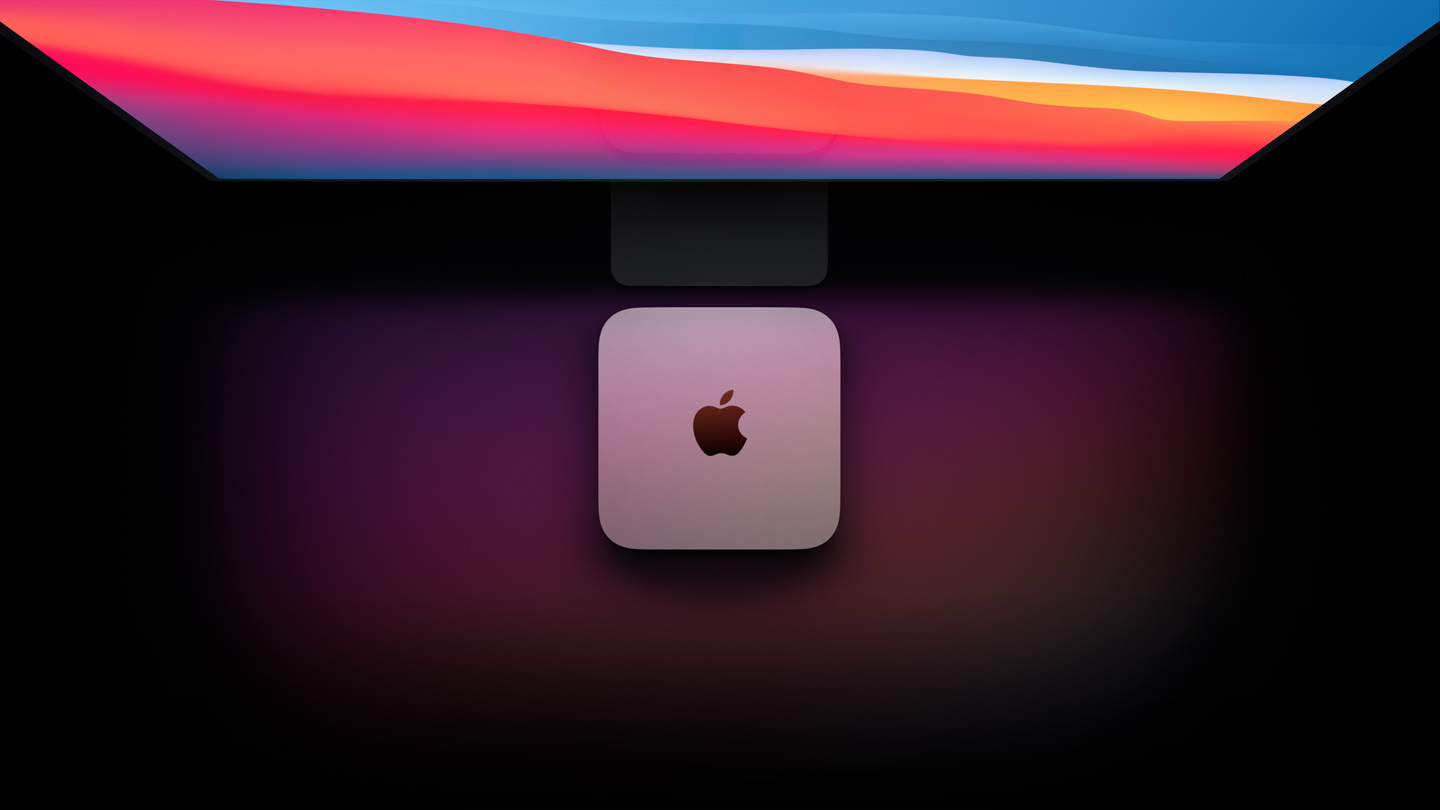 Supercharged by the Apple M1 chip

It’s here. Our first chip designed specifically for Mac. Packed with an astonishing 16 billion transistors, the Apple M1 system on chip (SoC) integrates the CPU, GPU, Neural Engine, I/O and so much more onto a single tiny chip. With incredible performance, custom technologies and industry-leading power efficiency, M1 is not a next step for Mac - it’s another level entirely. 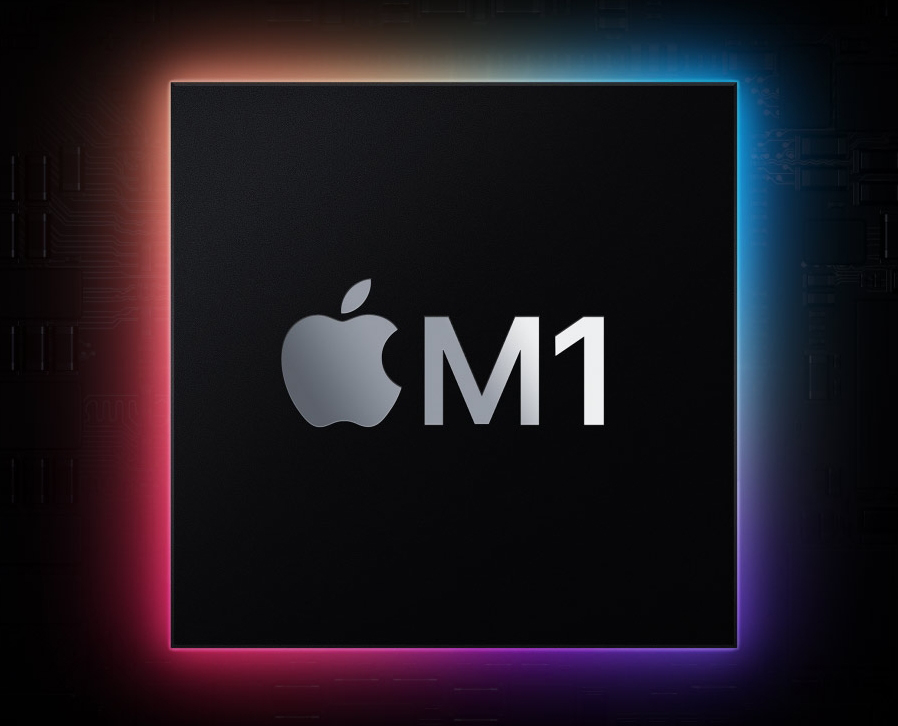 M1 packs astonishing speed and power into Mac mini. The 8-core CPU delivers up to 3x faster processing performance than the previous generation - all while keeping its iconic 19.7-centimetre square design.

The 8-core CPU in M1 is the highest-performing CPU we’ve ever built, by far. It combines four performance cores and four efficiency cores to deliver the world’s best CPU performance per watt3 for both single-threaded and multithreaded tasks. This results in a quantum leap in performance - even while drawing much less power.

Our high-performance core is the world’s fastest CPU core when it comes to low‑power silicon4 - and M1 has four of them combining their efforts for a massive boost in performance. Compile in Xcode in significantly less time. Record, mix and master professional-quality music in Logic Pro with scores of tracks, plug-ins and virtual instruments. And create stunning images in Adobe Lightroom with unprecedented speed and responsiveness.

Four efficiency cores deliver outstanding performance for everyday tasks using just a tenth of the power. These e-cores are the most efficient place to run lightweight tasks, allowing the performance cores to tackle the most demanding workloads.

Incredible chip in. Unbelievable graphics out.

The 8-core GPU in the M1 chip is the most advanced graphics processor we’ve ever built, full stop. And it brings the world’s fastest integrated graphics in a personal computer to Mac mini,9 with a gigantic 6x increase in graphics performance. That’s an insane amount of power - all in an incredibly compact enclosure. 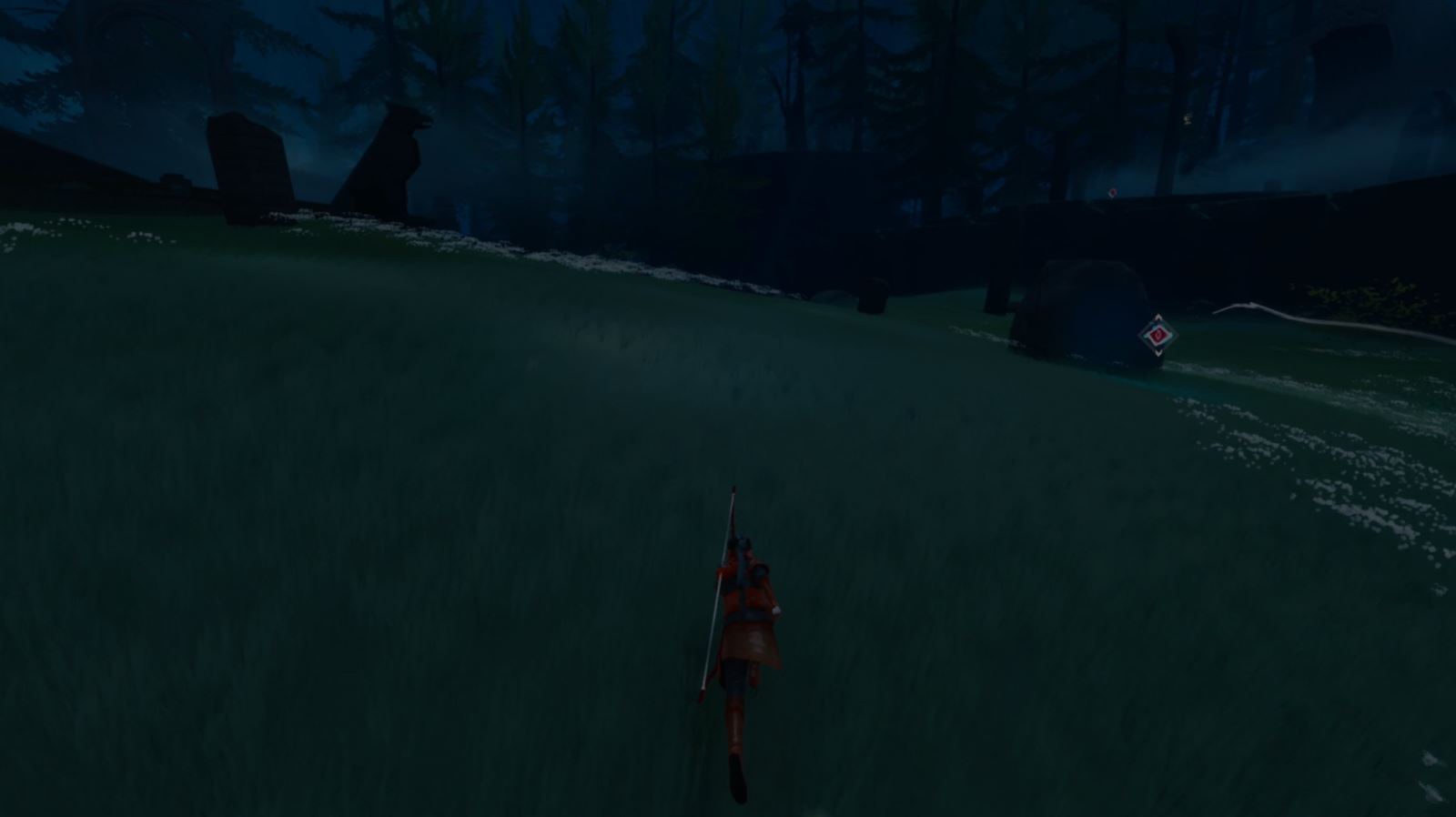 Render a timeline up to 6x faster in Final Cut Pro. Edit high-resolution photos in Affinity Photo up to 4x faster. And blast through games with super-smooth frame rates and higher fidelity. This is graphics horsepower like no Mac mini has ever seen.

Shadow of the Tomb Raider 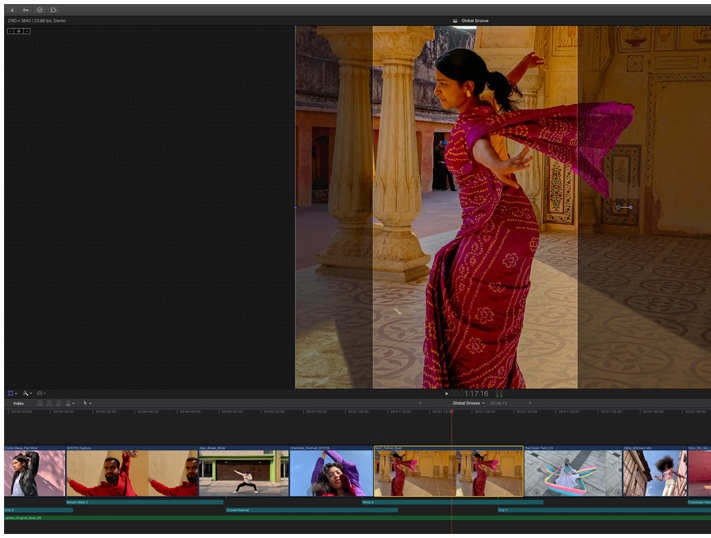 The magic of machine learning

The machine learning technologies in the M1 chip open up a world of possibilities for Mac apps. Machine learning lets apps build and apply models based on massive amounts of data - to do things like identify friends and family in photos and videos, interpret natural language for dictation, and even analyse audio to recognise laughter, applause and more. And that data is processed on device to protect your privacy - all at lightning speed.

The dedicated 16-core Neural Engine in the M1 chip can execute up to a staggering 11 trillion operations per second, powering workflows you couldn’t imagine before - like enabling the djay Pro AI app to isolate instrumentals and vocals of any song in real time.

The entire M1 chip is engineered for machine learning. The CPU, GPU and Neural Engine are each designed for different types of machine learning workloads - and the ML performance controller distributes ML tasks to the right places to maximise performance.

The two dedicated ML accelerators are built for fast matrix multiplication, executing up to 1 trillion operations per second - perfect for low-latency ML tasks that don’t require the massive power of the Neural Engine.

The power of macOS Big Sur on M1.

Developed to unlock the potential of the M1 chip, macOS Big Sur transforms Mac with major performance benefits and so much more. Powerful updates for apps. A beautiful new design. Industry-leading privacy features and best-in-class security. It’s our most powerful software ever - running on our most advanced hardware yet. 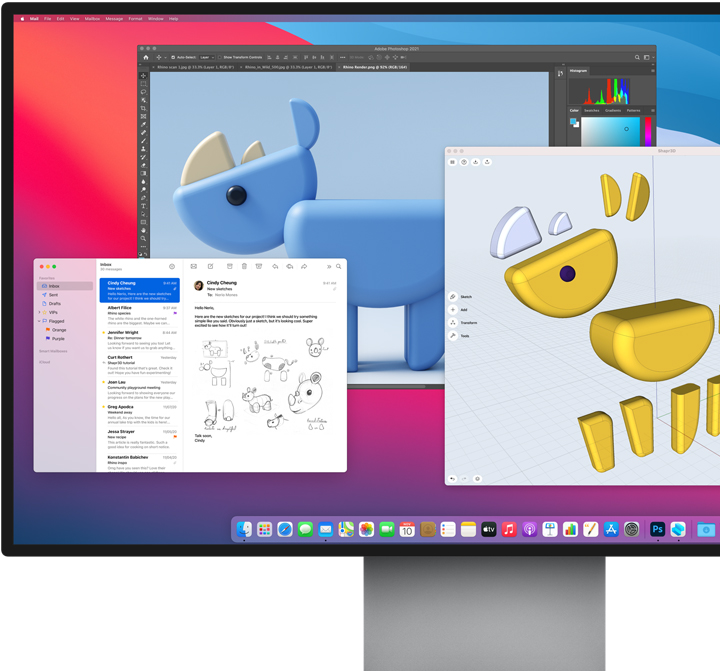 The M1 chip and macOS Big Sur work together to make the entire system snappier. Mac mini wakes almost instantly from sleep. Everyday things like flipping through photos and browsing Safari are faster. And your hardest-working apps all have access to the power they need.

Biggest collection of apps ever

Run powerful apps built for M1. All your existing apps work thanks to Rosetta 2. And for the first time, you can use your favourite iPhone and iPad apps directly on macOS Big Sur. Altogether you’ll have access to the biggest collection of apps ever for Mac. 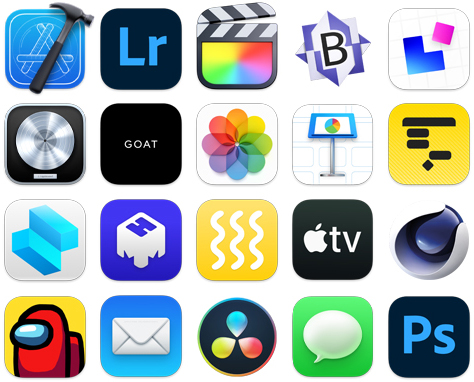 The integration of technologies on the M1 chip allows Mac mini to blow away computers many times its size - taking on intensive tasks while consuming up to 60 per cent less energy than the previous generation.

Towering performance. Minus the tower.

One RAM to rule them all. The M1 chip brings up to 16GB of super-fast unified memory. This single pool of high-bandwidth, low-latency memory allows apps to share data between the CPU, GPU and Neural Engine efficiently - so everything you do is fast and fluid.

Mac mini comes with all-flash storage - up to a whopping 2TB SSD18 for all your photo and video libraries, files and apps. And with speeds up to 3.4GB/s, apps and files launch and load in an instant. 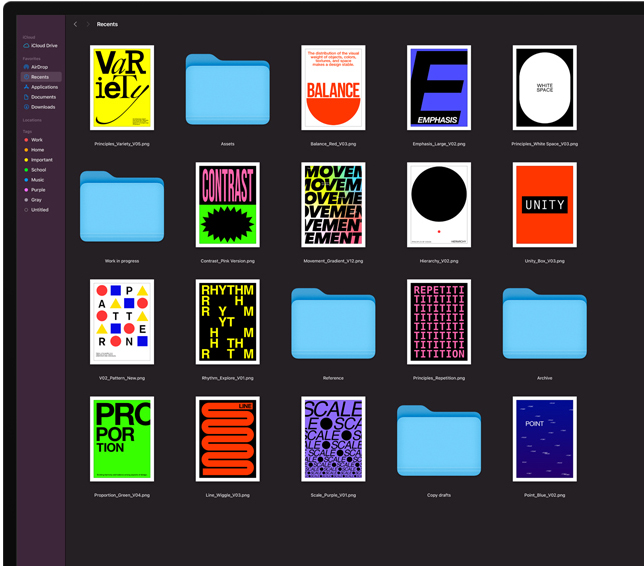 The M1 chip and macOS Big Sur give Mac mini advanced security and privacy features beyond anything in its class, helping to keep your system and your data protected.

Provides a silicon-level foundation for critical security features - and with M1, it’s faster than ever.

Ensures that only trusted Apple software loads at startup and helps protect macOS while running.

Helps keep your Mac secure if it’s ever lost, stolen or misplaced, and can improve your chances of recovering it.

Fits in. Rocks out.

With its compact size, incredible performance and wide array of ports, Mac mini is perfect for a surprising range of uses. And with the powerful M1 chip unleashed within its 19.7-centimetre square frame, you never know where you’ll find a Mac mini hard at work.

Mac mini turns any desk into a powerful workstation. Just add a keyboard, mouse or trackpad, and up to two displays. 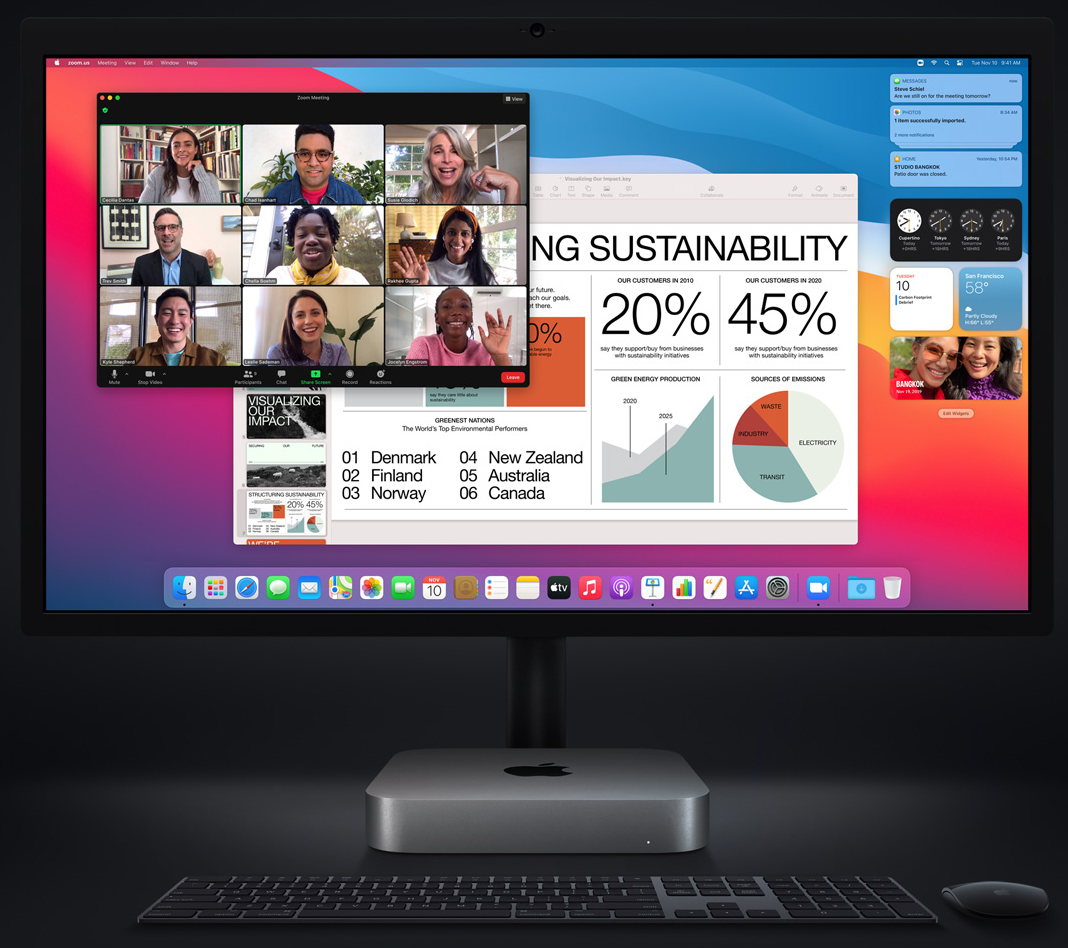 The discrete-class GPU performance of the M1 chip lets you play graphics-intensive games with fluid frame rates and higher fidelity.

The 8-core CPU, super-fast unified memory and ML accelerators in the M1 chip let you run more tracks, plug-ins and filters in Logic Pro than ever before on Mac mini.

From jaw-dropping performance art to giant, immersive digital billboards, Mac mini can drive some of the biggest and brightest digital displays with its incredible performance, versatile I/O and unrivalled power efficiency - all in an ultra-compact design.

With two screaming-fast Thunderbolt / USB 4 ports, two USB-A ports, HDMI 2.0, Wi-Fi 6 and Gigabit Ethernet, Mac mini is up for anything and everything.

Transfer data at up to 40 Gbps. Charge and power external devices. Connect one external display up to 6K and a second with HDMI 2.0 up to 4K. 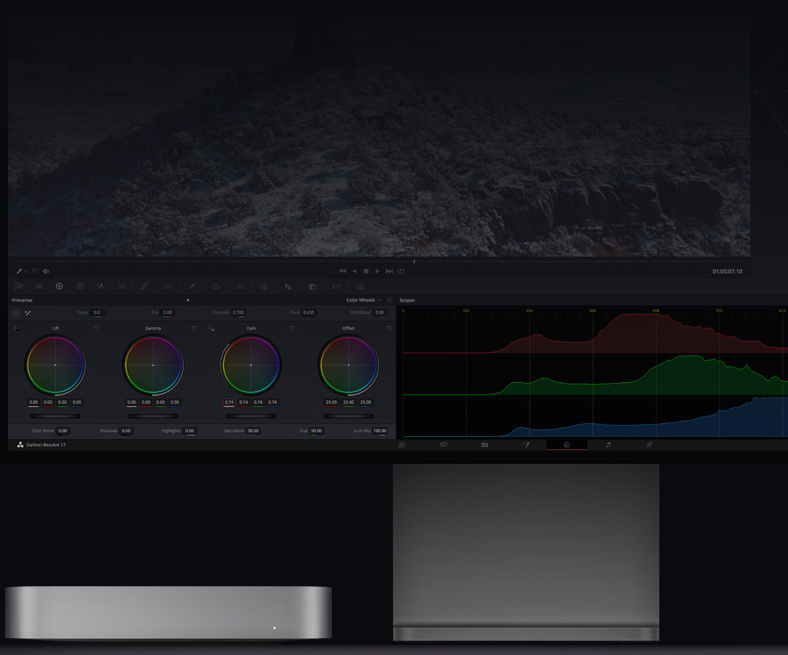 Another first for Mac mini, Wi-Fi 6 delivers better all-around performance and up to 1.2 Gbps of throughput - for lightning-fast file transfers or backing up to Time Machine. 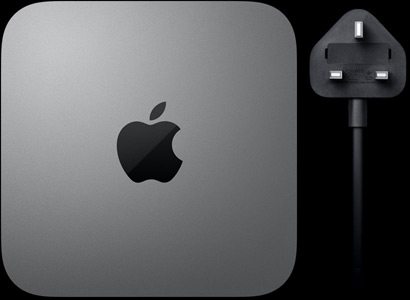